THE PRINCE OF EGYPT, the brand-new stage musical with music and lyrics by Stephen Schwartz (Wicked, Godspell), a book by Philip LaZebnik (Mulan, Pocahontas) and based on the celebrated DreamWorks Animation film, today announces the full cast for its London premiere production. 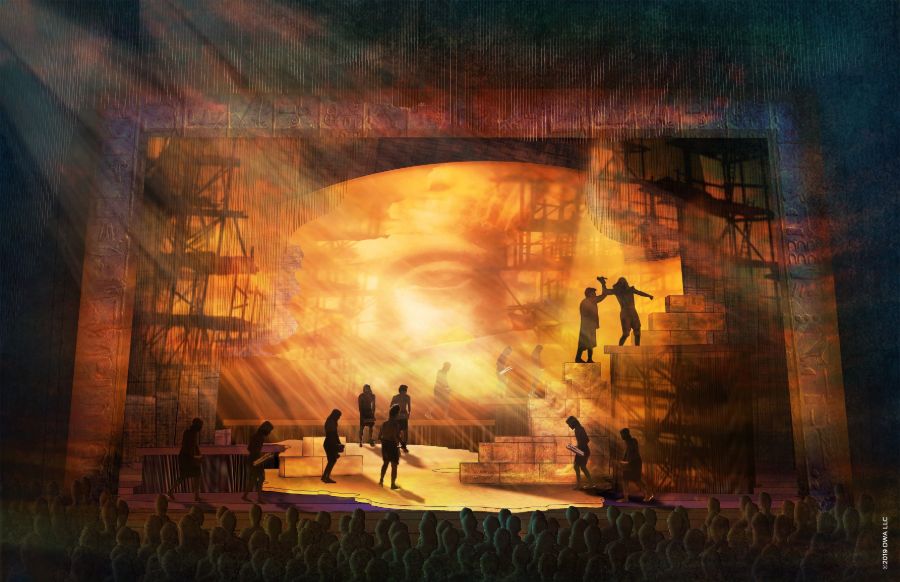 Performances begin at London’s Dominion Theatre on Wednesday 5 February 2020, with an official West End premiere on Tuesday 25 February 2020, for a limited 32-week engagement. Tickets are available via www.ThePrinceofEgyptMusical.com and all usual agents.

THE PRINCE OF EGYPT features 10 new songs written by Stephen Schwartz, together with 5 of his acclaimed songs from the DreamWorks Animation film, including Deliver Us, All I Ever Wanted, Through Heaven’s Eyes and the Academy Award®-winning When You Believe (which was a global hit for Whitney Houston and Mariah Carey as well as a UK chart-topping winner’s single for The X-Factor).

Journey through the wonders of Ancient Egypt as two young men, raised together as brothers in a kingdom of privilege, find themselves suddenly divided by a secret past. One must rule as Pharaoh, the other must rise up and free his true people; both face a destiny that will change history forever.

A milestone in cinematic achievement, DreamWorks’ The Prince of Egypt captivated audiences across the world and recently celebrated its 20th Anniversary. Hailed as “an outstanding artistic achievement” (Variety) and “a stunning film” (The Guardian), it remains one of the most beloved and acclaimed animated feature films of all time.

Developmental productions of THE PRINCE OF EGYPT were presented at TheatreWorks Silicon Valley (winner of the 2019 Regional Theatre Tony Award®) and Fredericia Teater Denmark.

The West End premiere production of THE PRINCE OF EGYPT is produced by DreamWorks Theatricals (a division of Universal Theatrical Group), Michael McCabe and Neil Laidlaw.

Back to News + Media